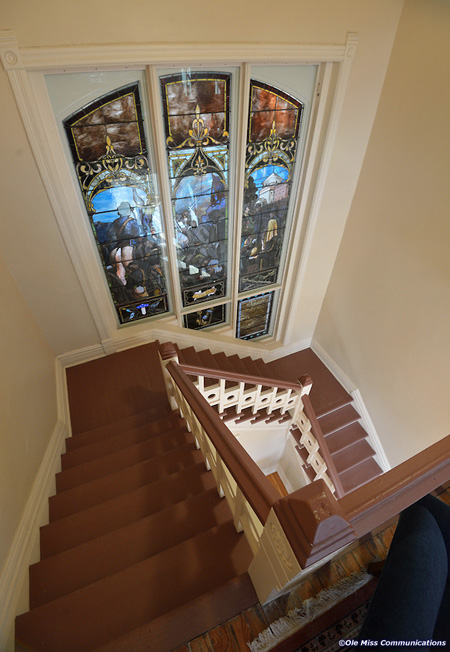 College of Liberal Arts administrators have returned home to Ventress Hall, one of the most recognized buildings on campus.

The weekend of Thanksgiving 2011, a faculty member returned to Ventress Hall to find that water and steam had consumed the building. The problem was credited to a broken pipe in the heating system, which was located in the attic.

The College of Liberal Arts moved out of the building to a temporary space in Lester Hall, and plans were made to repair the interior. Planning for the renovation began in spring 2012, and the yearlong process started in late summer 2012.

In addition to the repairs made to damage created by the water and steam, new office space was created on the second floor, and an operating elevator and wood ceiling were installed.

With the modifications the architect and contractor were careful to hold to the original character of the building.

“We are pleased to be back in our historic building in the center of campus,” said Glenn Hopkins, liberal arts dean. “Ventress Hall is a beautiful space, and we are glad to be home.”

Ventress Hall was the first major building constructed after the Civil War. Above the stairs, an original Tiffany stained glass window depicts a mustering of the University Greys, a company of Ole Miss students and faculty who fought in the Civil War.

Named for the author of the bill to charter the university and constructed in 1889 as the University Library, the hall, built with a Victorian Romanesque design and turret, housed the School of Law from 1911 to 1930. It was occupied by the State Geological Survey from 1929 to 1963 and then was assigned to the Department of Geology. Thereafter, it was used as a classroom facility and, from the 1970s, for the Department of Art. 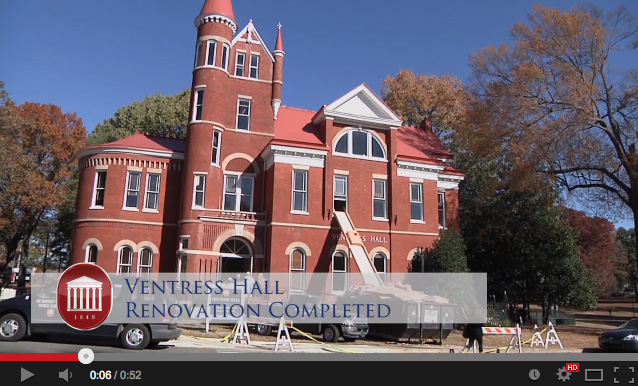