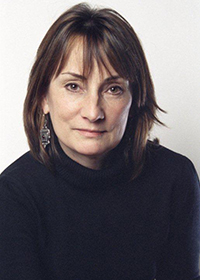 Stephanie Saul is a reporter for The New York Times and a recipient of the Pulitzer Prize in journalism.

Saul attended public schools in New Albany, where she showed an early interest in journalism as editor of the high school newspaper.  At Ole Miss, Saul was on the staff of the Daily Mississippian and the yearbook. She was a member of Phi Kappa Phi, the academic honor society, and Kappa Delta social sorority.

After graduating in 1975 with a B.A. in journalism, Saul joined The Clarion-Ledgeras a reporter, covering Mississippi government and the state legislature. A succession of reporting jobs at other newspapers led her to The New York Timesin 2005, where she is currently a member of the newspaper’s investigative reporting team.

In addition to the Pulitzer Prize — for reporting on police pension fraud — her journalism honors include the National Press Club Award for outstanding Washington correspondence, the George Polk Award, and the Silver Em, given annually for contributions to Mississippi journalism.

Saul has also taught journalism at Columbia University’s graduate school of journalism and at Hofstra University.  She lives in Port Washington, N.Y., with her husband, the New York Times reporter Walt Bogdanich, a three-time Pulitzer Prize winner. They have two sons.