1882 – Resolution passed to consider as members of the Alumni Association all graduates holding diplomas or degrees and other persons who attended and had written recommendation of three members including presiding officer, and a vote of two-thirds of the members present.

Oxford was selected as the name for the city over Mississippi City by one vote from the Legislature.

Sallie Vick Hill became first woman graduate from the University and first woman elected to a position of responsibility (essayist) in the Alumni Association.

First decided to keep biographical information of all members. Records were kept in the library.

Letter mailed to every alumnus asking for biographical information and historical information. Professor J. W. Johnson was in charge of this project.

1889 – Oxford Delta Gamma alumnae and the Alumni Association agreed to unite to raise funds for a Civil War memorial window to be placed in the new library under construction. Cornerstone for library laid. 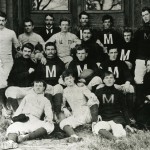 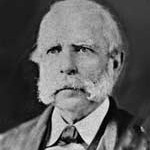