1970 – Alumni representative to Athletic committee reported that Astroturf had been installed in the stadium.

Announcement made of first annual convention in London and Paris

First notion that a joint dues plan be made for husbands and wives who were alumni.

Alumni staff members could now become member after 5 years service as instead of 10 years.

Bill Griffin presented plaque for his 25 years service to the Association.

Association approved for a third representative on the Athletic Committee.

1974 – M-Club Alumni Chapter reorganized and became an integral part of the Alumni Association.

The Kate A. Skipwith Teaching Museum was completed and the athletic dormitory was fully occupied. 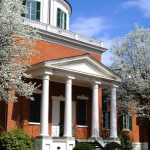 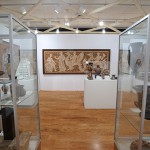