1960 – David M. Robinson Collection left to Ole Miss. This collection can be described as the finest collection of its kind in the South and one of the finest in the nation. It contains Greek and Roman sculpture, Roman copies of famous Greek works of art, a superb group of Greek decorated pottery ranging in date from 1500 BCE to 300 AD, inscriptions, architectural fragments, inscribed Sumerian cuneiform tablets, small works of art in terracotta and bronze, and over 750 Greek and Roman coins.

Television sets placed in 14 rooms of the Alumni House.

Jeff Hamm honored for his contributions to the Association in the Alumni Review.

1962 – U.S. District Court of the Jackson Division orders for James Meredith to be allowed to enroll for fall semester. 30,000 federal troops sent to maintain order.

Southern Association of Schools and Colleges placed the University of Mississippi on “extraordinary status.”

Number serving on Board increased to 44 from 36.

1969 – First woman to be brought in as an honorary member.

IRS ruled that Alumni Association was no longer tax exempt. 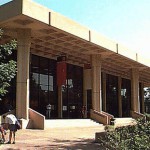 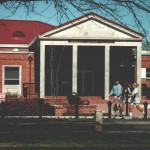