1911 – Loan fund reached $1,000 with all but $32 loaned out. Dr. Christopher Longest assumed responsibility of fund for the next 36 years. He proposed the idea of a scholarship in each county.

1915 – Resolution adopted to establish a Hall of Fame for distinguished Alumni.

1918 – New membership requirements established: “Any graduate or former student of at least 2 years residence at the University…” could be a member.

Dues were placed in force at $2.50 for the annual fee or a $50 contribution to the building fund or the Loan Fund qualified one for a Life Membership.

All voting members(dues paid) would receive official publication of Association.

First proposed a paid secretary for the Board of Trustees.

1919 – Memorial tablet presented to class of 1869 at fifteenth reunion for alumni who gave their lifves in World War. The old dormitories known as LaBauve, Madison, and Washington were sold to J.W. Stillion’s Sons. 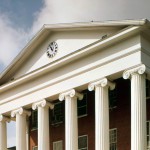 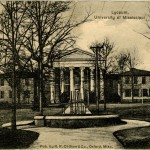