1871 – Awarding of medals added to the program of the societies at commencement.

1872 – J.M. Phipps was elected Circuit Clerk and Robert B. Fulton the acting secretary’s post. Committee of Harris P. Branham, Robert Hills Loughridge and Robert B. Fulton, along with chairman Jordan M. Phipps were appointed to help make arrangements for the twenty-fifth anniversary of the University celebration.

Committee formed to collect $5 from each alumnus to pay for the celebration.

1874 – Alexander P. Stewart was elected chancellor of the University. Bill passed that five members of the Board of Trustees must be alumni.

1875 – Hampton M. Sullivan was elected president of the Alumni Association.

1876 – Resolution adopted to accept into membership all graduates holding diplomas when they subscribe to Constitution.

1878 – Judge H.H. Chalmers was elected president of the Alumni Association.

1879 – Master John Henry Miller Wells won the prize of oldest male descendent of the class of 1869. He received a silver goblet. 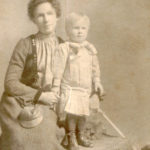 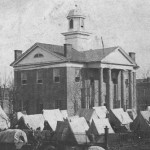