The Robert Ben Williams Minority Scholarship Endowment, which supports scholarships awarded for academic excellence, was established to provide assistance for young Mississippians or lineal descendants of University of Mississippi alumni.  Formerly known as the Minority Alumni Scholarship, this was the first fund to be established by the University’s African American alumni.

The group provided initial contributions, and subsequent funding has come from several sources, including alumni and friends who continue to support various fund-raising efforts.

The Robert Ben Williams Scholarship was endowed in 1992, and the first recipient was chosen that same year.  Since that time, numerous deserving students have participated in the selection process for this prestigious award.

Qualifications
Must be an entering minority freshman and possess leadership potential,scholastic ability, and financial need

Amount
$500/semester for 10 semesters or until graduation, whichever comes first

* Recipients must maintain a minimum cumulative grade-point average of 2.5

* Members of the alumni staff serve as mentors to each recipient. All recipients are required to meet with their assigned mentors at least one (1) time each fall and spring semester. Failure to do so may result in loss of scholarship.

Williams was the first African American football player at The University of Mississippi.  A defensive lineman from 1972-1975, he thrilled fans with his athletic abilities, becoming a three-time All-SEC performer recognized with a number of awards.

But his popularity on the Oxford campus was not limited to the playing field.  Affectionately known as “Gentle Ben,” he continued to add to his list of “firsts” while attending Ole Miss.  In 1975, he was the first African American chosen by the student body as Colonel Reb, the University’s highest elective honor.

After earning a Bachelor of Business Administration degree in 1976, he played professional football 10 years for the Buffalo Bills.  During this time, Williams earned All-Pro honors and was named to the Bills’ Silver Anniversary All-Time Team.  He was also  inducted into The University of Mississippi’s M-Club Hall of Fame and is a recipient of the University’s Award of Distinction.

A businessman and owner of LYNCO Construction Company in Jackson, Williams served his family, community, and alma mater by giving his loyalty, time, and financial support.

At Ole Miss, he provided leadership in several crucial areas by serving as a member of the Black Alumni Advisory Council, The University of Mississippi Foundation Board of Directors, and M-Club Board of Directors; and as chair of the Minority Scholarship Endowment fund-raising efforts.

Williams was inducted into the Mississippi Sports Hall of Fame in 1997. He received the Distinguished American Award from the Ole Miss Chapter of the National Football Foundation in 1991. He was named an SEC Legend in 2002 and was honored at the SEC Football Championship Game.

Prior to his Rebel career, Williams was a two-year letterwinner and was the 1971 team captain at Yazoo City High School. He also captained the North team in the 1972 Mississippi High School All-Star game. 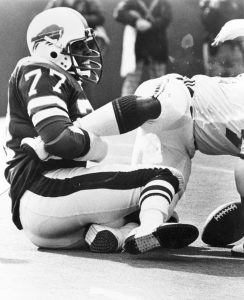 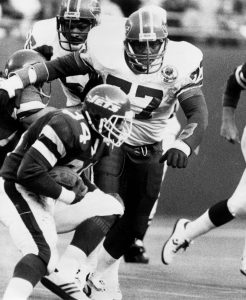 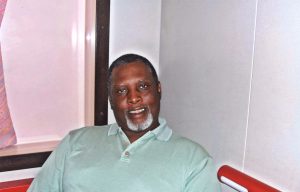