Many alums enjoy the time they spend as a student in Oxford so much that they never leave. In addition to the local community, the town attracts numerous visitors each year to see its rich selection of cultural offerings beyond the university, from historical and literary attractions to fine dining and art exhibits.

To learn about all of these offerings and much more, look no further than alumna Mary Allyn Hedges (BSFCS 06), director of Visit Oxford.

A native of Greenville, Hedges graduated from Washington School in 2002 uncertain if Ole Miss was her college destination.

“I almost went to Alabama, and then at the very last second I changed my mind,” said Hedges. “My whole family went to Ole Miss. I think I was kind of trying to branch out and do something different, but then I came to my senses.”

A member of Chi Omega Fraternity, Hedges began her education with an initial eye toward journalism. However, that soon changed after learning about the university’s hospitality management program.

“I really didn’t know much about the hospitality program when I started,” said Hedges. “After learning more I thought the program was the best fit for me, but I knew I didn’t want to go the hotel or restaurant route within the industry.”

“My dad went to the University of Wyoming, so he was the one who kind of encouraged me my first summer to go out there,” said Hedges.

After spending a second summer in Jackson Hole, Hedges accepted a position working as the resort’s marketing assistant in 2006.

“It was perfect for me being in hospitality management, because their biggest industry out there is tourism,” said Hedges “It was a great fit.” 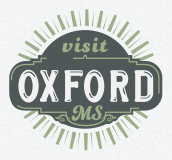 After nearly two years in Wyoming, Hedges began to miss her home state, particularly Oxford. She briefly moved to Nashville in 2008 to work for a production company before returning to Oxford to work for the then Oxford Convention and Visitors Bureau.

“I always knew I wanted to get back to Oxford,” said Hedges. “I started with Visit Oxford in July 2008 as the tourism coordinator and was promoted over the years to eventually be named director in January 2014.”

Hedges enjoys being in a position that allows her to not only promote her adopted hometown, but to watch others in both the local and international communities experience Oxford.

“I truly enjoy interacting and meeting with people,” said Hedges. “Seeing people come to Oxford and sort of experience the town through their eyes for the first time is always fun.”

It’s not hard to draw visitors in, as many seek out Hedges’ office to explore Oxford when traveling the South. The international market has become increasingly popular with visitors coming from France, England, Germany, Australia and Canada.

In addition to tourism, the office stays busy promoting and planning their biggest event of the year, the Double Decker Arts Festival.

“We plan several months out because it’s such a big event for us,” said Hedges. “Right now we are in full Double Decker mode.”

While Hedges never thought she would be in this position during her undergraduate years, she truly enjoys serving as an ambassador for the city and the university.

“Tourism is economic development,” said Hedges. “It generates interest not only for visitors that are coming for a few nights, but for people who may want to retire here. We want to make sure that visitors really enjoy their time in Oxford.”

Mary Allyn Hedges is a Member of the Ole Miss Alumni Association.

Mary Allyn, Ole Miss thanks you.