Interior design is a hobby for many, but for alumna Julie Dodson (BA 99), owner of Dodson Interiors, it’s both a hobby and a career she is passionate about.

A native of Houston, Dodson graduated from Memorial High School in 1994 with her sights initially set on attending Baylor University in her home state of Texas.

“That’s the one question I get from a lot of people here in Houston – how I ended up at Ole Miss,” said Dodson. “I was dead set on going to Baylor because my whole family had gone there, and that’s all I had ever known.”

A chance trip to Oxford during her senior year was all it took to turn Dodson into a Rebel for life.

“A friend of mine who was a freshman at Ole Miss said I needed to come and stay with her one weekend just to see campus,” Dodson recalled. “So two of my good friends from high school and I and one of their fathers packed the car and started heading to Oxford the weekend of the Alabama vs. Ole Miss game. You can imagine the atmosphere – it was insane.”

After making the long drive from Texas, Dodson arrived in Oxford at 2 a.m. and awoke to the sight of the famous Square.

“We were all asleep in the backseat of a Ford Bronco and my friend’s dad said, ‘wake up girls, we’re here!’” Dodson said. “I remember opening my eyes and seeing the courthouse and the town square right in front of me. I thought oh my gosh this is it; this is where I’m going. Something in you just knows. There’s something about Oxford that you can’t pinpoint. It’s a special place that you really can’t explain to people who’ve never been there.”

Dodson enrolled in the fall of 1994 unsure of her major. The daughter of an interior designer, she had always been drawn to that field of study but decided it was best to keep an open mind.

“I really had no idea what I wanted to do,” Dodson said. “I did well in interior design class and horrible in accounting, so I thought okay clearly that’s a sign. I need to go in the direction of interior design.”

A member of Pi Beta Phi Fraternity, Dodson graduated in 1999 and promptly moved back home to Houston to accept a job with high-end interior design firm Lucas/Eilers Design Associates, LLP.

“I loved every minute of my time at Ole Miss, but after four years I was homesick,” Dodson said. “I’m very close with my family, and I think I was ready to come home and be close to them.”

After a year with Lucas/Eilers, Dodson began a two-year stint working for Kickerillo Companies before deciding to start her own design firm in 2002.

“At 26-years-old I finally decided I was going to do this on my own and started my own business called Dodson and Daughter at the time,” Dodson said. “The first project I did was a showcase house in Houston’s Bellaire neighborhood. From that house my first client was Houston Texans kicker Kris Brown and his wife, Amy. After that I had so much work pouring in that it was almost too much. That house really helped launch my career.”

Dodson has received recognition for her work including features in numerous magazines such as Traditional Homes where she was named one of the 2010 top 20 young designers to watch in the country. The Houston Design Center named her one of their top stars on the rise in interior design, and HGTV.com recently featured her work in the HGTV 2015 Trends Gallery.

While her success has been rewarding, Dodson knows she wouldn’t be where she it today without the help and influence of others along the way.

“Without my mom I really wouldn’t have thought about doing interior design,” Dodson said. “I also have to credit Bill Stubbs, another designer in town who hired my mom as a designer when she was first starting out. Dr. [Thomas] Dewey, my art history teacher at Ole Miss, was very inspiring as well and was just one of those professors that kept the class exciting. He was so positive and passionate about art history.”

As Dodson’s career continues to grow she looks forward to the future, which includes creating her own brand likely influenced by the rich, Southern culture Oxford is known for.

“I think there’s a sophistication to my design level that I feel like Mississippi gave me,” Dodson said. “It’s classic but comfortable and sophisticated at the same time. I feel like that’s kind of like Ole Miss.” 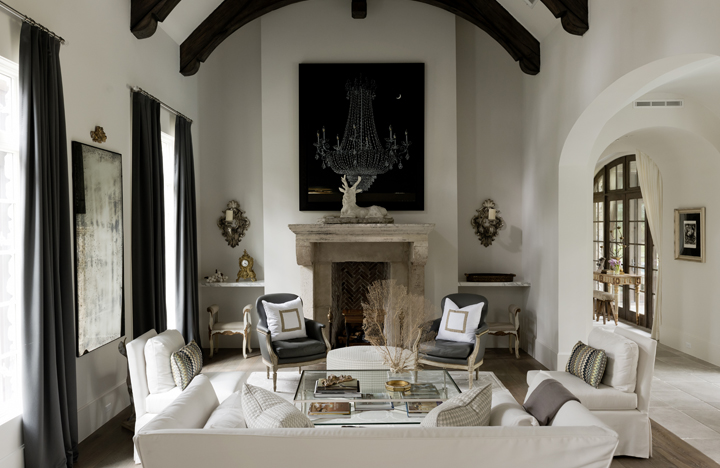 Julie Dodson is a Member of the Ole Miss Alumni Association.

Julie, Ole Miss thanks you.