Oxford is an unlikely place for a New Jersey native to call home. It is perhaps even less likely to be the home of an acoustics specialist, former physics professor, rugby player and musician all wrapped up in one person. Meet alumnus Dave Woolworth (MA 00), principal acoustics consultant with Oxford Acoustics and bass player for the Kudzu Kings.

“I had no idea I would end up in Oxford,” said Woolworth. “But I found my home and that was it. I just love the people and the place itself.”

Born in Orange, N.J., Woolworth graduated from Bloomfield High School in 1985 and began studying acoustics at Rensselaer Polytechnic Institute (RPI) in Troy, N.Y. After spending a couple of years at RPI, Woolworth enrolled at the University of Hartford/Hartt School of Music in Connecticut to focus on acoustic engineering and classical music studies.

“I went to the University of Hartford for a short run then I went back to RPI to finish out, and I formed my undergraduate research in musical acoustics there,” said Woolworth. “That’s around the time I came down to Oxford.”

Woolworth made a trip to Oxford to visit a friend, the late Hank Bass, director and professor of the National Center for Physical Acoustics, and soon found himself enrolled in the university’s graduate program for physics in January 1994.

“I can thank Hank Bass for getting me to Ole Miss for graduate school,” said Woolworth. “Somewhere in the middle of my studies I helped form the Kudzu Kings, and we made some records and went on tour. All of those things combined kept me in Oxford.”

Having played music since the age of 10, Woolworth always saw music in his future but was unsure as to what outlet to pursue it professionally until he came across the study of acoustics.

“Before I found the subtopic of acoustics as a point of study or employment I probably was still on a journey to figure out what I wanted to do,” said Woolworth. “With my job as an acoustics consultant, everything comes together. I use my knowledge and understanding of music when I work on designing spaces for music and when I’m analyzing information. I also use my ear which has been trained for music.”

Since forming his own company in 2006, Woolworth has worked on a variety of projects and research studies, but perhaps none more interesting and challenging than his current one – comprising a revised sound ordinance for New Orleans’ famed Bourbon Street.

One of the most well known streets in America, Bourbon Street is know for its constant parade of music, entertainment and a thriving social scene. The city recognized that the sound levels continued to grow over time, to the point that it became necessary to put limits in place to allow the social side of Bourbon to co-exist with the residential side.

“The City Council was having trouble revising their sound ordinance for the city,” said Woolworth. “They were working with a lot of people, but they didn’t really have any technical people in the group. I got involved working for the city doing a lot of field research. I think the thing that made it particularly challenging is the fact that there’s so much activity musically and a lot of outdoor activity going on all of the time – it’s part of their tradition and cultural history. It’s not like you’re managing industrial sectors of the city or traffic but rather the level of musical activity that’s going on that’s considered part of the day-to-day norm. It’s a complex situation, so I guess that’s why they needed somebody who understood both science and music and also has an appreciation for some of the cultural aspects of the city.”

Woolworth started the project in October 2011, walking the streets with a diverse group of business owners, musicians, lawyers and legislators among others measuring noise levels in different parts of the area.

While most of his research has helped build relationships among all of the diverse stakeholders that comprise Bourbon Street, Woolworth has met some resistance.

“I think people were reluctant to the idea of a sound ordinance at first,” said Woolworth. “It took some time to build trust and relationships, and a key aspect of that was through our sound walks. The group would walk around and come back and discuss our findings, look at the numbers and come to an agreement that seemed reasonable. Unless they’ve done the sounds walks they don’t know one number from another.”

The first proposed sound ordinance did not pass the City Council’s vote, but Woolworth is hopeful the next proposal will.

Meanwhile, he’s looking forward to the next phase of the project working for the city’s health department to create a sound management program that includes education and outreach to help people get within the ordinance’s proposed sound limits.

“We want it to be a very graceful transition to a place where some limits are set,” said Woolworth. “That’s all. I don’t think anybody wants to stop the atmosphere and the cultural activity that the street is known for.”

“I’m looking forward to the new albums coming out and growing my own business to include more acoustics consulting and noise control,” said Woolworth. “All of the things I’ve done since coming to Oxford have provided me with a rich life that I don’t think I could have found anywhere else.” 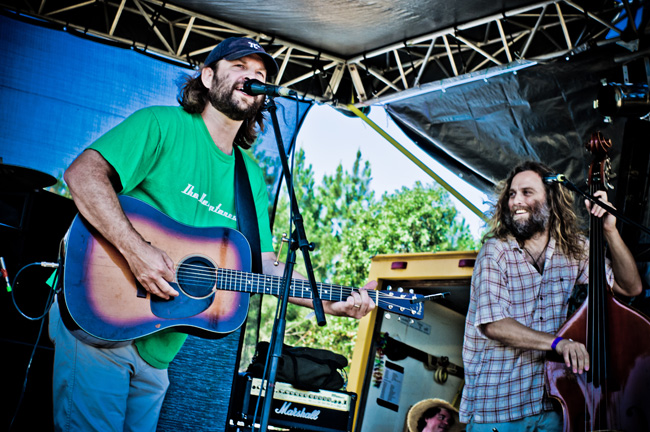 Dave Woolworth is a Member of the Ole Miss Alumni Association.

Dave, Ole Miss thanks you.