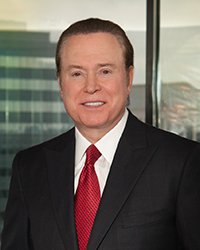 Mac Haik
graduated from the University of Mississippi with a degree in Marketing and Sales Management. At Ole Miss Haik was co-captain of the football team, was selected by national leadership fraternity Omicron Delta Kappa and was voted Colonel Rebel by the Ole Miss student body.

Haik established Mac Haik Enterprises (MHE) shortly after retiring from professional football, where he was selected as the first draft choice by the NFL’s then-Houston Oilers. Since its inception, MHE has grown from a start-up entity of two people to an organization with 11 affiliated companies that employs approximately 3,025 associates and generates revenues in excess of $2.2 billion per year.

Haik has personally been involved in consulting, brokerage and development of over $950,000,000 of property.

Mac Haik Realty recently completed 3,114,076 square feet of office, hotel, restaurant and car dealership projects in the Houston Energy Corridor alone. The original Hilton/Embassy Suites hotel project received the Deal of the Year award from Hilton, the only such award given in the entire country. Haik was recently recognized as Hilton Hotels’ Hilton Developer of the Year.

Mac Haik Automotive Group is the largest independent automotive group in the state of Texas and the 15th largest independent automotive group in the United States. Mac Haik Chevrolet in Houston has been the recipient of the prestigious Dealer of the Year Award 15 years in a row. Mac Haik Automotive Group has won 15 Triple Crown Awards, awarded by Ford Motor Company annually to approximately 21 dealerships out of over 3,300 nationally. Haik also received the Legacy Award from Bill Ford of Ford Motor Company for outstanding sales, service and customer satisfaction rating and community service.